News that vehicles over 40 years old are will no longer be compelled to have a valid MOT certificate from 18th May 2018 will result in serious insurance implications. The news has been met with a wide variety of reactions from owners of cars in this new bracket. Some are excited by the possibility of saving the cost of the inspection and at the other end of the spectrum some see it a sinister plot to get our vehicles outlawed after a predicted spate of accidents caused by unroadworthy old vehicles.

Although an element of consultation has been claimed by Whitehall, the real reason for this decision is that future EU driven changes to the MOT inspection regime are likely to make the process of getting cars built to older tolerances and specifications impractical. We recently had a Jaguar XJ-S that had been driven straight to the test centre from one of the UK’s top marque specialists pick up advisories for play in both front wheel bearings. Given that the car had just had both units rebuilt this seemed strange, and subsequent inspection showed that the tolerances were to exact factory specification for a 1989 car. This shows that the testing regime has been allowed to drift far from the engineering reality of many vehicles, and it is acknowledged in the Whitehall review that those now undertaking the test are likely to be of an age where they don’t have the experience to understand the engineering they are expected to inspect. 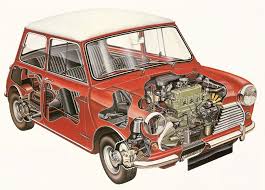 Although the Whitehall spin is set to suggest that owners of vehicles of historic interest are somehow being kindly bestowed some kind of benefit by this new freedom, the reality is far from this typically opaque suggestion. Roads minister Jesse Norman said: “After considering the consultation responses, we have decided to exempt most vehicles over 40 years old from the requirement for annual roadworthiness testing.These classics are kept in good condition by owners and not used regularly enough to warrant an MOT”.

The conclusion is that from an owner’s point of view the reality is that the responsibility for ensuring that their vehicle is roadworthy is now more complicated, and the risks associated with failure to comply higher. At Classic Car Story we take our lead from our insurance brokers, who state

‘Whilst there are no official stipulations or conditions pertaining to independent inspections or similar from insurers at this time it is still a policy condition that all vehicles driven on the road are to be kept in a roadworthy condition.’

We believe that in order to avoid any risk of compromise to our cover there are a number of steps to take, the key being being able to prove that keeping our vehicles roadworthy is an absolute priority. Here’s what we suggest: 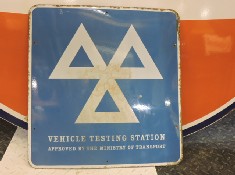 It is, however, encouraging to look at the The Department  of Transport’s figures. It estimates that the change will mean an additional 293,000 UK cars and motorcycles will no longer need to have the mechanical examination every year under the rule change, and risk compromising their insurance cover.

At the moment, around 197,000 pre-1960 vehicles registered on UK roads are exempt from the annual check-up.

When this change takes places next year it will mean approximately 1.5 per cent of the total 31.7 million cars currently being used on British roads will be MOT-exempt – an astonishing total of nearly half a million vehicles!